Jock has been in the industry for years and is quite well known, especially as now he is “Mr Famous” after appearing on “The Paintball Show” Believe it or not he used to play proffesionally in a team with his buisness partner Mike, we even have photographic evidence!

Jock is “Mr Technical” in the office, he deals with the customer service side of our 2 venues, he is also a qualified IT engineer, so whenever something breaks he is always on hand!

Mike was once dubbed “The Cheekiest man in paintball” this was simply because he likes to haggle, barter, and make cheeky requests. He  also says it how it is, and is one of the is one of the most opinionated, honest, and outspoken people you will ever meet. He has played professional paintball around the world in various teams such as -The Hillbillies and -Raven. He knows a trick or two and is now officially a qualified “Paintball engineer” having been the brains behind building both of the paintball sites from the bottom up.

Joy has been keeping hold of the purse strings for years, and is basically the mastermind behind both of our venues, Joy keeps Jock and Mike in order otherwise they would have probably blown the yearly budget on a working helicopter, or robotic dinosaur by now! Joy organises the office, bookings, ordering, and generally everything behind the scenes to keep a paintball site running! 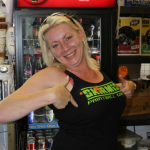 Jo is part of the furniture here, and Started marshalling for us many years ago, she now works full time in our booking office and is always on the other end of the phone when you guys call up!

Geoff started with us some years ago, and developed from a casual marshall to Mikes Protege (basically he gets shouted at all day by Mike! but he loves it!) Geoff Fixes, maintains, and preps our venues all week, and marshals at the weekend.

Geoff plays in a scenario team called “evil twin” and has a great love of the sport, he regularly attends big events around the country, paintball not just his job its his hobby and basically his life! 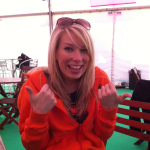 After being dragged around paintball sites since just a tot, and after years going to various events and tournaments, and then at the age of 11 playing her first tournament! Kayleigh has a pretty good idea of what goes on. She has joined us in Summer 2012 to raise our game and help organise the events and also man the office phones as they get every increasingly busier.

So here is where the story begins..

Mike and Jock had the crazy idea of creating a paintball site.. of course Joy was on hand to keep them in line..

So back in the 80‘s Jock, Mike and Joy were first introduced to paintball and used to play at a local paintball venue (still owned by an old friend) They caught the bug and began working there every weekend.

Mike and Jock continued to progress in a paintball team called “The Hillbillies” who went on to compete world wide, and build up an enviable reputation within the paintball industry, with Mike being dubbed “The cheekiest man in paintball”.

After the Hillbillies changed their name to Raven in the year 2000 (mainly due to american teams having a good laugh at the teams name..) Mike went on to play for “Raven” at several world wide tournaments at a professional level, including at the Millennium series, and World Cup in America. Mike left the team due to work commitments in around 2004, and the team continued to play on until 2005.

Around 1998 Mike decided to leave his old trade of making stained glass windows for a complete career change inviting his long term lodger and old friend Jock who left his tedious IT career, and they embarked on the epic journey to become paintball site operators. Mike took his wife Joy along for the ride to keep the finances in check, and together they collaborated and build their own paintball venue.

So with a small field, 20 second hand guns, some MC Hammer type camo trousers, plain t-shirts, and their first booking of 20 players they were in business! Soon after starting here they quickly moved onto another venue due to repeated vandalisms, and then another due to Bluebells (don’t ask!), then eventually set up home in Portishead!

The business was known as Twilight Zone Paintball back in those days, they quickly built up a brilliant reputation with the locals and provided a good quality paintball experience, and they did this all from a huge Army tent –  which eventually blew away across the Bristol channel in freak winds – true story!

They eventually recruited into the Skirmish brand, which is a group of independent paintball sites banded together to form a franchise, in a hope to create a recognizable brand that people could trust for a quality day out, They even released a TV ad on MTV!

In 2010 Mike, Joy, and Jock were proud to open another local paintball venue which they built on an old military base, on land that they actually owned! aka Skirmish Cribbs. Over the years they built up a huge amount of military memorabilia and military vehicles, which Mike and his Handyman and site security guard “Dave” have Worked to get most of them up and working, including our 432 Tank!

So thats the story so far, They look forward to what 2013 brings, after being heavily featured on “The Paintball Show” and running their first 2 major Scenario games, Mike , Joy, and Jock are looking to build up their walk-on, Scenario and tournament paintball games.

They will hopefully be running their first small Sup’Air ball tournament on there full size millennium Sup’Air field this Summer, to help invigorate the South wests tournament paintball scene.

So stay tuned to see what they have lined up, there will be something for everyone no matter what flavor of paintball you prefer!

Mike, Joy and Jock would like to thank each and every member of staff that has come and gone over the years, and poured their life and soul into building both of the paintball venues,  “you know who you all are, and without each and every one of you, the paintball sites would not be what they are today. If we named each and everyone of you individually then there would be just pages of names, but we really do mean it when we say thank you, and to those who have moved on in their adult careers we wish you all the best – you are always welcome back to the Skirmish Bristol Family” – Joy

Paintball Walk-on days and events for people with their own paintball equipment, in the Bristol and South West England area, information, news, prices, scenarios, and events.